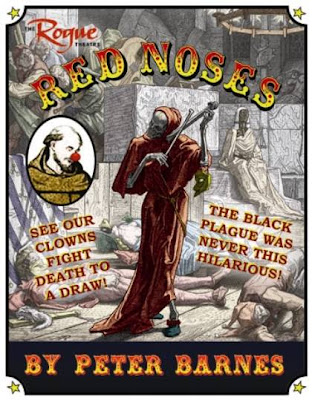 What happens when the Marx Brothers meet the Black Plague of 1348? Â

Jabbing a finger into the ribs of politics, sex, and religion, Red Noses is a poignant portrait of human resilience in the face of the great unknown.

A Musical Preshow with Clowns begins 15 minutes before curtain,

Directed by Joseph McGrath, with Musical Direction by Harlan Hokin.

Posted by TucsonStage.com at 11:08 AM