We want to make Fringe better and...

It will only take two minutes! and you might win free Fringe tickets!
I know Fringe 2016 feels like it happened yesterday, but the gears are already in motion for next year's festival. And in order to make the festival even better, we need your help!

We'd love to hear what you think about your venue experiences and preferences at the past five Tucson Fringe Festivals. The survey will only take 2 minutes and you could win free tickets for participating.

Fill out the survey now!

Posted by TucsonStage.com at 5:15 PM No comments:

We are pleased to announce that we will be offering summer camps on both the Northwest and East side of town!!

Please note:  there are no age exceptions on any of the summer camp programs.

Thank you to Lance Dickson and his family for providing The Dickson Family Scholarship Fund. There are hundreds of local kids who benefit from this program.

Our goal is to never turn away a child interested in pursuing the Arts because of financial need! If you are seeking scholarship approval, please download the scholarship form and information at the top of the class page.

·         Applications must be submitted by the deadline to be considered. Late submissions and walk-in applications will not be accepted.

·         Application does not guarantee scholarship.

·         Families must complete a full-length scholarship for summer camp.

Posted by TucsonStage.com at 3:29 PM No comments:

Gaslight Theatre: 2 for 1 Tickets for Rise of the Sheik!

From: The Gaslight Family [mailto:thegaslighttheatre@qwestoffice.net]
Sent: Tuesday, May 31, 2016 11:23 AM
Subject: Gaslight Theatre: 2 for 1 Tickets for Rise of the Sheik!

"The Rise of the Sheik"

Call before they are gone!

*Offer good for "The Rise of the Sheik" on May 31st, June 1st & June 2nd at 7:00PM ONLY! Cannot be applied to previously purchased tickets. While supplies last.

Posted by TucsonStage.com at 11:57 AM No comments:

Performed by a
talented cast
of Arts America Students!

On a South Pacific island during World War II, love blooms between a young nurse and a secretive Frenchman who's being courted for a dangerous military mission.

Looking for a way to celebrate the 4th of July?

Posted by TucsonStage.com at 10:14 AM No comments:

Welcome to the Gaslight Music Hall in Oro Valley! 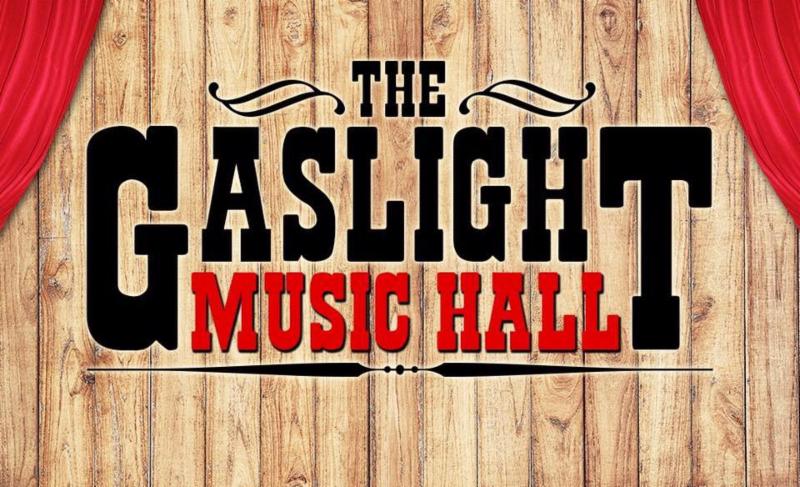 Thank you for subscribing to The Gaslight Music Hall in Oro Valley!

Watch this space for regular updates as well as exclusive discounts and promotions for the latest happenings at the Gaslight Music Hall in Oro Valley.

Call early for the best seats!

To The Gaslight Music Hall

Check out these events at the Gaslight Music Hall!

Call right away to reserve your favorite seats!

with the Retro Rockets

A Salute to Early Elvis

The Great Ladies of Country Music

A Salute to SUN Records & The Birth of Rock and Roll

Take It Easy - A Salute To The Eagles

with Hurricane Carla & Her Swingin' Band

Down On The Corner-

Sing Me Back Home- The Legend Of Merle Haggard

Remember The King- Elvis Through The Years

Have Yourself A Jazzy Little Christmas 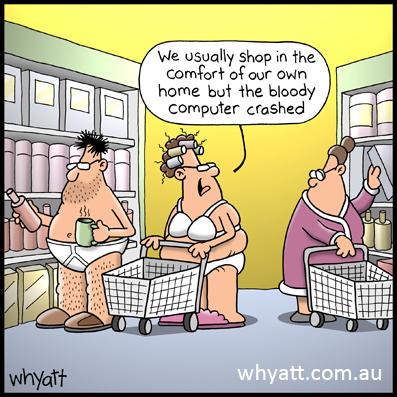 Did you know that you can buy tickets to the Gaslight Music Hall from the comfort of your own home, without even going to the trouble of putting on pants?**

With our easy online ticketing, no pants means no problem! Feel free to scroll through the website, browse the show selection, and even pick your own seats with our easy-to-use online ticketing software, all without leaving your favorite comfy chair (or even getting out of bed).

You can use your computer, tablet, or smartphone to guide you to the best entertainment in northwest Tucson. In fact, the device on which you're reading this post can take you straight to www.gaslightmusichall.com where you can buy tickets to an upcoming show right now. You don't even have to stop and put on pants!

Open for carry-out from 11-8pm

Call us to place your order! (520)-795-1112
Visit the Grandma Tony's website to read the menu and find out about daily specials!
www.grandmatonyspizza.com

You'll have a great time...we guarantee it!

We take fun very seriously at the Gaslight Music Hall, and we want to make sure you have the time of your life when you walk through our doors. If you're not completely satisfied with your experience, let us know and your next visit is on us. You'll have a great time...we guarantee it! 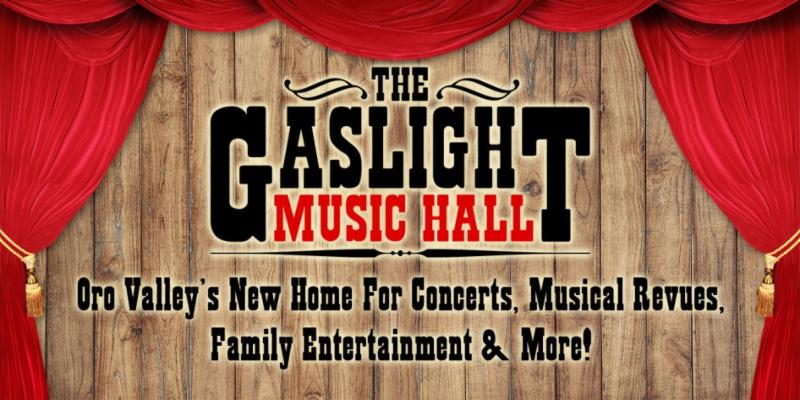 **We strongly encourage the use of pants outside the home. Unless you are going to Wal-Mart. Pants are required when visiting the brick and mortar Gaslight Music Hall.

Posted by TucsonStage.com at 9:29 AM No comments:

This workshop is strongly influenced by the format of Silvestre Technique classes, with the study and exploration of what is possible with the body through expressive movement.

Esteban Sanchez is the Dance Director and Choreographer for Sol Axe, and has been dancing and performing in the Tucson Community for over 12 years. He has studied, danced, and performed the music and dance of the Latin American and African Diaspora cultures with many groups and artists, including Sol Axe, many West African performance groups, Richard Noel and Sticks and Fingers, Rosangela Silvestre, and more. In 2015 he traveled to Salvador, Brazil to study with Rosangela Silvestre for her Silvestre Training, and has attended California Brazil Camp for several years, studying with many, many master teachers from Brazil.

In addition to his incredibly passionate movement expression, and his gift of choreography, Esteban is an accomplished musician and singer.

CARLOS VALDEZ is here! He is visitng from BARD COLLEGE in NEW YORK, where he is adjunct professor of percussion and heads up the school's bateria BARD SAMBISTAS!

Carlos has an extensive resume including composing the music for the Broadway production of "Bring in Da Noise, Bring in Da Funk" and George Wolfe's production of "The Tempest." Collaborations include: Garth Fagan (choreographer of the Lion King), Rosie Perez, Ann Pollack and Magica on their recent CD, "Worlds Collide", Mambo Macoco, Jellybean Benitez and many more.

He'll be sharing some variations Samba Reggae, Maractu, and more. He'll also be available for private lessons, and seciotnals/semi private groups - not only is Brazilian percussion, folkloric, but also Cuban.

Don't miss it, Carlos is a blast!

Sol Axé (pronounced, Sol – ah –SHAY) a project under Many Mouths One Stomach, is a nonprofit drum and dance community in Tucson, Arizona. Inspired by the music of Brazil, Sol Axe features the music of many traditions from Brazil, the African Diaspora, and the World. Our intention is to inspire creativity, inclusiveness, community solidarity, and collective JOY, through lessons and classes, outreach programs, workshops, and high energy performances. We collaborate with individuals and groups in Tucson, the nation, and around the globe, bringing the opportunity for artistic expression to all..

Posted by TucsonStage.com at 9:27 AM No comments:

The Tucson Community Theater Company has scheduled its first performance for September 7th, 2016, and is now forming its full company and looking for a variety of artists, artist lovers and teachers who are passionate about Community Theater and would like to be involved in creating a local theater unlike any that now exist.  We have lofty goals and are long term planners with an extensive background in business and the arts. We are looking for serious and responsible, yet fun and enthusiastic, members and volunteers to participate.

Mission Statement of “The Tucson Community Theater Company”  --  To operate a community theater producing plays and performance endeavors exclusively from local talent including actors, directors, writers and all stage and creative personnel.

The Company is seeking volunteers and members who want to have a theater home and help with all aspects of the theater experience.  All members and volunteers would also have an equal opportunity to produce their own performances or participate in other’s:  Need actors, directors, producers, writers, scenic designers, costume designers, sound techs, production managers, make-up artists, paint crews, electricians, front of house, marketing and publicity personnel, blogger and social media, stage crew, stage hands, concession persons, ticket persons and general volunteers who believe in the goals and aspirations of the company.

We are also looking for teachers of all aspects of the performing arts who, through a membership, will have their own private office, 24 hour access and shared used of scheduled time in our “Teacher’s Theater,” including performance nights with the ability for ticket sales. Your services would also be displayed on our website.

Any and all are welcome to submit their pictures, resumes, backgrounds or something about yourself and why you want to be involved.

A meeting will be announced where everyone will be invited and the details discussed.

Posted by TucsonStage.com at 11:01 AM No comments:

National recording artists and Tucson natives Lisa and Roberta Morales will showcase their own sizzling blend of blues, rock and Mexican rhythms! Call now for tickets! (520) 529-1000 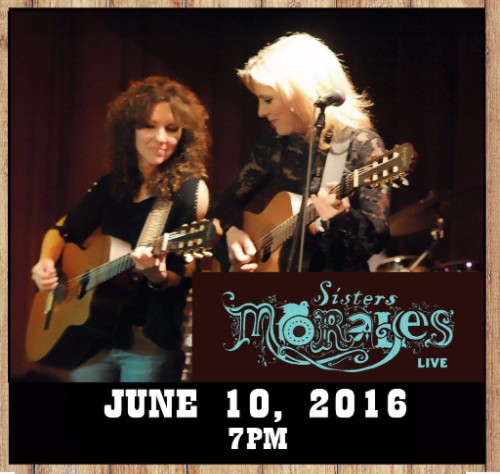 Don't miss Sisters Morales at
The Gaslight Music Hall
on June 10 at 7PM! 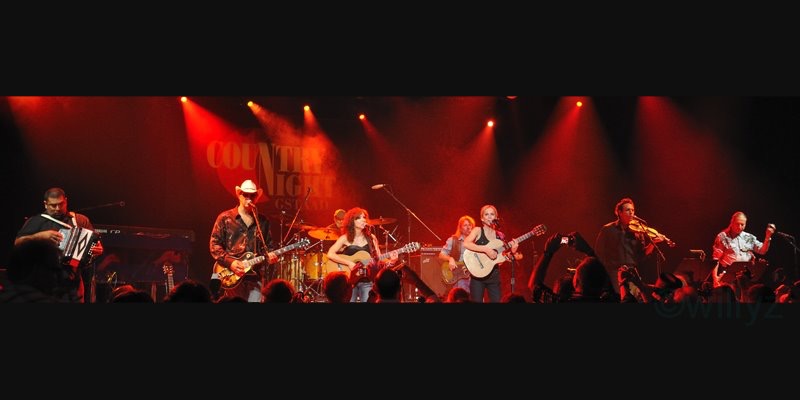 Posted by TucsonStage.com at 1:16 PM No comments:


Call for actor:
Big Fat Cat Productions LLC is seeking a male actor ages 17 to 26. We need
a true red haired actor, dark or light red is okay. Straight or curly ok.
This would be for one scene for now which may have to be shot more than once
over a few months so it would be best if you either lived here or were in
Tucson often. There is no pay but food is provided. The reason it may have
to be shot more than once is that we would like to "four wall" it possibly
in LA if it is strong enough. Or it may become part of a short.

The scene is called The Sadness Jar (this is an upbeat and actually funny
scene)- and is lifted from a larger script called The Summer of Going to
God. The scene involves a worldly wise 20 something male who is also
world-weary. Both he and his female co-actor are living in a loose sort of
cult in Queens NY in the 70's. This is a purely interior scene in a room.
The young woman is about 16 (we have that actor already) and she has a ton
of sadness coming up because he is really showing her his heart and how he
feels about all sorts of things and not just towing the cult "line." She is
lost and he is not.

Auditions would be by appointment and most likely in a large rehearsal type
room in a library Central. If interested please send any headshot or phone
pic to bigfatcatproductionsllc@gmail.com with a resume and contact number.
Shooting may not occur until July or August. Some rehearsal would be
necessary. Thanks so much for considering.