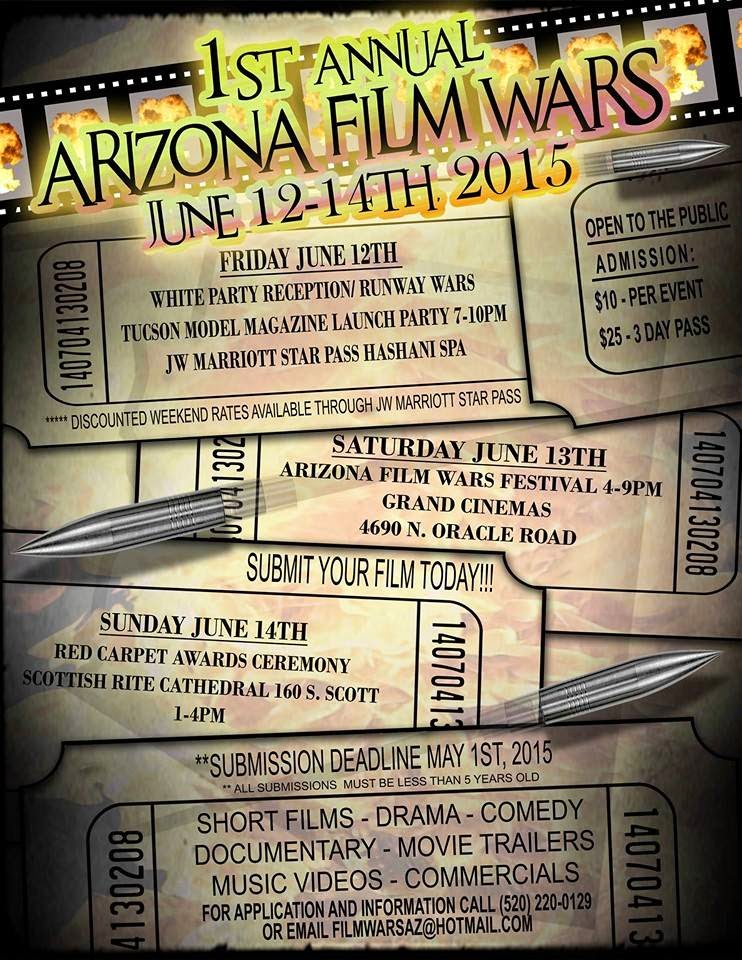 Posted by TucsonStage.com at 4:37 PM No comments:

Posted by TucsonStage.com at 4:36 PM No comments:

ON GOLDEN POND by Ernest Thompson

Auditions will be cold read from the script

Auditions will be held at

RTC will be performing at Tanque Verde Lutheran Church April 234th thru May 3rd 2015.  Possible stipend. RTC is a non-profit organization.

Posted by TucsonStage.com at 4:31 PM No comments:

Got what it takes to be a star?

Join us for the 4th annual
Express Yourself Vocal Competition
In Collaboration with the Marshall Foundation & Main Gate Square
SATURDAY, MARCH 14

All contestants receive 1 free ticket to the fun-raiser. Contestants under the age of 18 must be accompanied by an adult

Express Yourself is an arts education program of:

Saturday March 14, 2015 Enjoy the Pete Swan combo and three of Tucson's finest vocalists, Crystal Stark, Chach Snook and Stephanie Carlson as they belt out an eclectic mix of timeless favorites and today's hits. Cheer on the student finalists of Arts Express' Express Yourself Vocal Competition and vote for your favorite! Bid on original cast-signed Broadway posters and bring home a one-of-a-kind collector's item.

Friday April 24, 2015 to Sunday April 26, 2015 Performed by a talented cast of blind, deaf as well as seeing and hearing student actors. Using synchronized speaking and signing, this heartwarming musical love story will be retold, filled with unforgettable characters and dazzling production numbers including "Be Our Guest" and the beloved title song. Based on the Academy Award-winning animated feature film, this eye-popping spectacle has won the hearts of over 35 million people worldwide. Disney's Beauty and the Beast is a production of Arts Express' Building careACTOR program.

Posted by TucsonStage.com at 4:29 PM No comments:

Start the year off with this Thrilling Adventure Show that is "always a laugh and always out of the ordinary"-Northwest Explorer.
Featuring a "Cast that is Packed with Talent!"- AZ Daily Star!


Buy One Adult Ticket and Get One Ticket FREE!

Posted by TucsonStage.com at 4:25 PM No comments:

Be a part of an elite group of vocalists in Tucson!

AYCE is auditioning for all voice parts

Auditions will be held at Arizona Stage Coach

This fine ensemble of young singers is accepting new members into their touring company. ACYE performances, held throughout Southern Arizona, exhibit a broad range of styles and languages as well as a variety of different musical genres.

Be a part of a unique chorus, improve your singing skills and learn how to be a great sight reader.

We accept singers ages 12 – 24 based on an audition and interview.

Posted by TucsonStage.com at 8:47 AM No comments:

¨      Give our own reading/performance in an ancient theatre.

This Greek theatrical tour, in English, will explore in place the physical and dramatic origins of theatre in Ancient Greece. We will:

¨      Visit ancient theatre sites and learn the principles of their construction.

¨      View performances of ancient Greek plays, some in ancient theatres such as Epidauros, and discuss the elements of their modern productions.

We will visit sites and museums and view performances in and around our 2 bases of Athens and Nauplion.

Posted by TucsonStage.com at 4:27 PM No comments:

(Does not apply to previously purchased tickets)

Gaslight Fans, we are running a 2 for 1 Rush sale!!

The Gaslight Theatre - Come Laugh with us!

Posted by TucsonStage.com at 2:42 PM No comments:

Let's celebrate our love of food this Valentine's weekend at two of our favorite restaurants and live music clubs, The Hog Pit Smokehouse (Sat., Feb. 14) and Monterey Court (Sun., Feb. 15). The Hog Pit is famous for meat that is hand-rubbed then slow-smoked over pecan wood for 16 hours (ribs, brisket, pulled pork, sausage), as well as rib-eye steak, chicken, and salmon; the Monterey Court Cafe features gourmet dishes like bacon-wrapped dates stuffed with house-made chorizo and chicken picatta over fettucine with lemons and capers, not to mention their amazing burgers, sandwiches and salads. Both restaurants have a full bar. The Hog Pit and Monterey Court are great supporters of live music. Let's show them our love this Valentine's weekend!

We have been invited back to St. Mark's UMC (1431 W. Magee) to sing for their Spring Festival on Sat., March 7, 5:30-8:30pm. Proceeds from this fundraiser and silent auction go to the Fisher House and St. Mark's Children's Ministries. The Fisher House, which will be located at the VA Hospital in Tucson, provides lodging for military families while veterans are receiving medical treatment. Tickets for St. Mark's Spring Festival are $25 (or $175 for a table of 8), if purchased before Feb. 15 ($30 or $215/8 after Feb. 15). This includes a full dinner (Spinach & Strawberry Salad with Almonds, Chicken Francaise with Jasmine Rice and Honey-Glazed Carrots, Assorted Breads, Viennese Dessert, and Coffee) and entertainment by violinists Rose Todaro & Lauren Carrasco during dinner and, for dessert, Diane Van Deurzen & Lisa Otey!

Our March 6 benefit for Blankets, Babies & Borders in Sahuarita has been postponed until next year. You all contributed so much to their campaign last year, they won't need to do another fundraiser until then. Thank you!

Your turnout at our Lisa Otey and the Desert Divas "Diva Las Vegas" concert was tremendous! The Gaslight Theatre has invited us back to do it again on Monday, May 4 at 7pm. Tickets for "Diva Las Vegas" are $20, available at the box office (7010 E. Broadway) or by phone, 886.9428. May the Fourth be with us!

Thank you again for supporting live and local music. See you soon!

Posted by TucsonStage.com at 12:48 PM No comments:

Broadway in Tucson and UA Presents present Guys and Dolls

Posted by TucsonStage.com at 10:35 AM No comments:

Posted by TucsonStage.com at 9:59 AM No comments:

Winding Road Theater Ensemble will hold auditions for Men/Women 20-30 in "Rough Magic" - a contemporary take on "The Tempest."

Readings from the script.

In Absence/El Ausente, Pablo migrates from Mexico City to the USA leaving his elderly parents to care for his wife and two children. El Ausente / Absence uses subtle humor, a genre seldom used in plays about migration, to explore the question of what happens to those left behind.

A Universal Story of "Staying"  El Ausente / Absence rings with an urgency to be told now. While stories of deportation and the consequent break up of families fill today's headlines, less consideration goes to the other side of that equation - the broken family structure left behind when migrants leave home. The ancient ritual of the "hero's journey," an outward journey of the physical world, is a familiar one. Rascón-Banda's depiction of the interior, psychological journey of those who stay is well worth telling.... and watching.

Posted by TucsonStage.com at 4:33 PM No comments:

Borderlands Theater invites the Tucson community to help make eight giant puppets that will be used during the march and rally to honor Cesar Chavez this March.

Giant puppets, sometimes called "cabezudos" are a tradition in popular theatre that goes back centuries in Latin America and Europe. In the USA, the Bread and Puppet Theatre has made giant puppet spectacles since the 1960s. Giant puppets are fun and awe inspiring, just the thing to inject a sense of pride at this year's Chavez celebration.

Sessions will take place at

11am to 3pm, Saturdays and Sundays on the following dates:

Posted by TucsonStage.com at 4:29 PM No comments:

ARIZONA OPERA AUDITIONS FOR CHORUS FOR THE 2015-2016 SEASON

ARIZONA OPERA ANNOUNCES AUDITIONS FOR CHORUS FOR THE 2015-2016 SEASON.

Auditions will take place as follows:

Each auditioner is to prepare 2 arias or art songs, one in French, and one in Italian, and you will be asked to sight-read a couple of short passages. Each auditioner will be scheduled for a 5 minute slot. A pianist will be provided, or you may bring one with you.

Supernumerary roles are brief, non-singing roles which feature prominently in fully staged operatic performances that Arizona Opera presents at Phoenix Symphony Hall and the Tucson Convention Center. Supernumeraries this season will share the stage with world-class international classical artists and will be fully costumed and made up for their stage appearances portraying priests, nuns, henchmen, ghosts, royalty, swordsmen, townspeople, and women of the night.

If you wish to apply for a supernumerary position, please send resume and headshot to Zackery Hayhurst, Director of Artistic Administration.

On-stage talent. Actors/Models of all ages and sizes

Arizona Opera provides all supernumeraries with a modest honorarium for participation.
Non-singing talent is acknowledged in the programs for each production.
Travel and double-occupancy hotel housing is provided for in Tucson when the production travels to our sister city.

Posted by TucsonStage.com at 8:04 AM No comments: 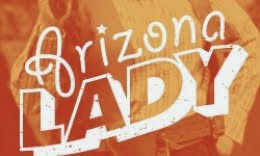 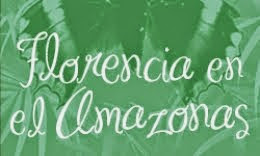 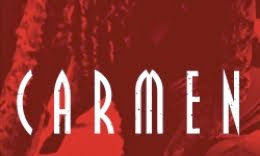 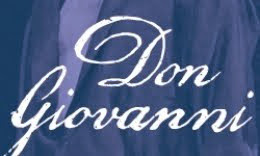 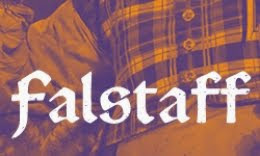 Posted by TucsonStage.com at 7:59 AM No comments:

"FIVE PRESIDENTS" IS GETTING EVERYONE'S VOTE 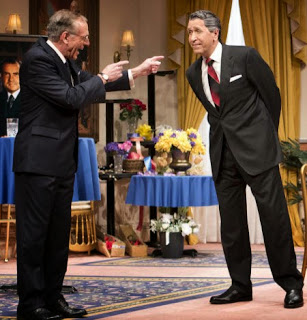 The word is out. Arizona Theatre Company's world premiere of “Five Presidents” has won Tucson's vote. Standing ovations are a nightly occurrence for this 90-minute production performed without intermission.

After an unfortunate opening week at ATC when one of the cast members had to drop out because of a death in the family, Jeffrey Steitzer (an old friend of the company) stepped in and had his role up to speed in just a few days. That's when crowds began pouring into the downtown Temple of Music and Art, 330 S. Scott Ave., where “Five Presidents” will run through Feb. 1.

As entertaining as it is brilliantly glib, this look at an imagined conversation among five men who have served as President of the United States is set in real time as they wait together to attend Richard Nixon's funeral in Yorba Linda, California.

The delightful script written by Rick Cleveland (television's “The West Wing,” “Six Feet Under,” “Mad Men” and “House of Cards”) plays on the idea that revealing moments of real personality would pop up as this quintet of massive political egos go bobbing around, bouncing off each other in unassuming small talk.

In a way, “Five Presidents” is built of the same ingredients as Cleveland's successful TV shows. But with direction by Mark Clements, we can quickly accept the feeling of eavesdroppers hiding behind an unseen sofa in the Nixon Library.

Waiting to see what each of these men looks like as he steps on stage is a part of the fun.

First we meet broad-shouldered Gerald Ford (Steitzer), pacing about, determined to hold his own in this august group. Much lighter is Jimmy Carter (Martin L'Herault), maintaining his perpetual optimism. George H. W. Bush (Mark Jacoby) follows right behind, eager to create the impression of still being a robust personality.

All of which sets up the entrances everyone is waiting for, the two ex-presidents with the highest pop culture profiles – Ronald Reagan (Steve Sheridan) and Bill Clinton (Brit Whittle).

Out of nowhere there is impromptu applause as Reagan pops in with a jar of jelly beans under his arm. He may have no idea where he is, but he is going to act presidential...with a casual manner, of course.

Of all the presidents, Reagan looks the most like a political caricature of himself. He's also the most adept at getting laughs with his befuddled body language.

Giving equal time to the other political party, Clinton gets no sympathy, either. They all wish Clinton would just stop talking, and resent how he was always so popular with everyone. Clinton's charismatic dalliances also get some attention.

But really, what we are left with is the sense that all these men were a blend of extraordinary talents and quite ordinary human qualities. We watch and are reminded being great at some things doesn't make you great at everything.

Which is particularly apt at a time when our country seems more polarized than ever. We need to keep remembering all-or-nothing answers will only guarantee continuing clashes between black and white forces.

Posted by TucsonStage.com at 7:50 AM No comments: