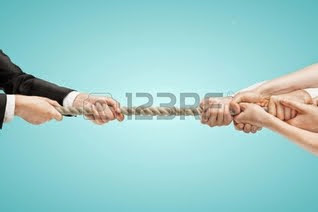 Historians have traditionally defined war by the time and location of its battles. Local playwright Gavin Kayner knows the mental landscape of war is much longer, with life-changing events long before and after those official confrontations in the history books.

So he wrote “Iraq In 3/3 Time With A Coda,” calling the work “A rumination on the effects of violence and war.” Etcetera, the late night arm of Live Theatre Workshop, has mounted a production with three performances remaining through May 31.

Like snapshots from the front lines of life, Kayner has written and directed four very different scenes with violent connections to the long and vague war in Iraq. Vague in its consequences, but never vague in the damage that was done to the Americans that fate picked out to stand in harm’s way.

Unlike Kayner’s earlier award-winning plays which have a literary feel to the dialogue, this work is intense and direct, more emotional and less metaphorical.

Each piece is a combination of bitterness and thoughtfulness. Being in a war is not a part of anyone’s life plan when they are eight years old. Yet, the United States has kept itself in a near-continuous state of war for decades.

“Audition” begins as an apparent try-out for a theater role with Eric Everts playing the Iraq War vet hoping the life of an actor will help heal his military service experiences filled with way too much reality.

But the tables are turned as the director conducting the audition has some wartime revenge of his own to take care of. There is a handgun involved.

“Guess You Know Why I’m Here” begins with the same handgun and Stokes playing a former G.I. who is now a police officer interrogating another former soldier who slips into shell shocked memory recall – a medic surrounded by the dying.

Before this scene ends, both men will have their personalities stripped to the bone.

“Sniper” is mostly an intense monologue by Everts as the sharpshooter, taking deliberate aim and killing specific men in the name of war. But what if he fatally wounds his own brother by mistake?

“Trust the Sky” is a monologue by Nicolette Shaffer, troubled by the death of her father in the 9/11 attack on the World Trade Center.

All four pieces are presented without pause, connected in the silent scene changes by the recorded sound of a heartbeat. When the shooting starts, people’s lives will be shredded no matter what.

Posted by TucsonStage.com at 11:11 AM