The Christmas season continues at LTW

MAINSTAGE
The Game's Afoot
Fridays & Saturdays at 7:30
Sundays at 3:00

ALL TOGETHER THEATRE
Rockin' Around the Christmas Tree:
A Christmas Sing-a-Long
Sundays at 1:00 - Starts November 30

THE GAME'S AFOOT
OR HOLMES FOR THE HOLIDAYS 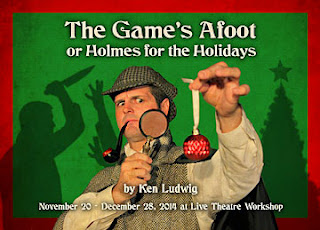 Broadway superstar William Gillette, famous the world over for his portrayal of Sherlock Holmes, has invited fellow cast members to his opulent home for a dinner party. But when one of the guests winds up dead, Gillette will have to summon every ounce of Sherlock he can to solve the mystery. This play will keep you laughing and trying to figure out whodunit until the final bow. 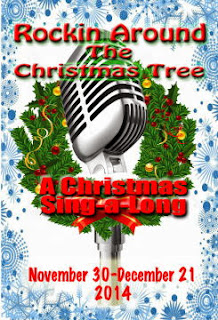 ROCKIN' AROUND THE CHRISTMAS TREE
A CHRISTMAS SING-ALONG

An original story by Richard Gremel

With live music by Michael Martinez

It is almost time for Christmas and everything is nearly ready. Everything, that is, but the Christmas cheer. Dance, sing, and rock ’n’ roll while you help Santa, the elves, and a couple of clumsy reindeer raise the cheer in time for Christmas.

Posted by TucsonStage.com at 6:28 AM