THIS "PHANTOM" LIVES UP TO THE HYPE 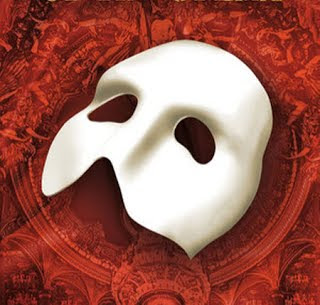 Of course you've already seen “The Phantom of the Opera.” Who hasn't? The Harold Prince version of the Andrew Lloyd Webber musical opened in 1986, for cryin' out loud! The performance numbers it has amassed since then are astronomical (literally!).

But if you haven't seen the redesign by Cameron Mackintosh of Webber's super-mega-iconic show, you truly haven't had the complete “Phantom” experience.

College professors and high school drama teachers will be making insightful observations for years on the differences between the Prince original and this Mackintosh creation now playing through Nov. 1 in Centennial Hall, presented by Broadway in Tucson.

For one thing, since 1986 movies and television have reawakened in high definition an army of vampires and other timeless lovers of the night. They have become dashing young men of remarkable sexual demeanor in the not-necessarily-haunted dreams of today's self-reliant girls and young women.

These creatures of eternal passion exist in today's real world of hybrid cars and smart phones that border on digital genius.

So does this version of “Phantom,” using the same music and the same characters, but looking new with crisp set designs, lighting and rock concert sound enhanced by shooting flames and a chandler that shakes and swings through Act One before it blows out sprays of sparks in its final collapse.

Several current reviews online also note how the Phantom and his love Christine Daae now look younger, leaner and generally more glamorous in a cinematic way. This Phantom would fit right in, comfortably hanging out with that new bunch, for sure.

And slender Katie Travis singing the role of Christine has a voice to equal any of today's opera singers. So do the once buffoonish Paris Opera House soloists Carlottta Guidicelli (Jacquelynne Fontaine) and Ubaldo Piangi (Frank Viveros), now delivering their lines with genuine chops.

The most spectacular set piece is a stage-to-rafters castle-like tower that turns and also opens in several different ways. The outside castle wall contains a spiraling stairway that descends into darkness and the waiting boat that carries the Phantom and Christine to his lair amid the sewers of Paris.

Truly, I did miss the expansive lagoon of mists and mystery in Prince's original. There is little of that in this production.

But, because everything now feels more direct, more real (and because we've had all that training with vampires in love), the ending so famously poignant is now even more so. If you think this war horse musical could not possibly drag more emotion out of you than it already has...don't be so sure.

"The Phantom of the Opera,” presented by Broadway in Tucson, runs through Nov. 1 at various times in Centennial Hall, 1020 E. University Blvd. The running time is two hours, 45 minutes, with intermission.

Tickets are $30-$140. For specific show times, reservations and other information, broadwayintucson.com, or in person at the Centennial Hall box office.

Posted by TucsonStage.com at 3:23 PM