My name is Gina Gomez and I am part of a small independent production company called, Chased Productions. We are based in Los Angeles and will be en route to Tucson tomorrow (July 10th) to film our feature, "Schlep".

After getting fired from a writing gig in L.A., Scott schleps back to his hometown in Tucson to tell his girlfriend the truth about an affair he had. He checks in at a hotel and runs into his childhood friend, Dan who lives at the hotel with his wife. As Scott tries to get alone time with his girlfriend, things keep getting in the way. Once his girlfriend prematurely finds out that he cheated on her, things get weird.

We need 10 Union actors (SAG-AFTRA) or SAG-E, male and female, who are ages 55-70 who are in good health, and are comfortable with dancing. The scenes are for a senior citizen's dance. Couples are welcome, but not mandatory. All ethnicities.

One (1) of the 8 female background will be very featured and will be dancing with one of our actors. She must be in very good health and comfortable with dancing.

LOCATION: Lodge on the Desert Hotel

Note: They will not be standing or dancing the entire time, just for some scenes and we will take breaks in between.

I also need one UNION or SAG-E male actor who is of Indian or Native American descent between 21-30 who has a quirky or unique look. This person will be the hotel "DJ" for the July 18th event and will be a bartender on Saturday, July 11th so we will need this person for two days. The DJ and the bartender are the same character. This person is not a background actor. This person will have 5 lines or less. Deferred pay of $50/day, IMDB credit, copy, meal. (see photo below) 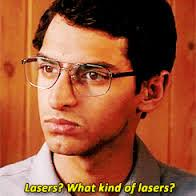 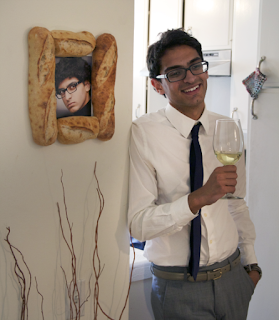 This film is intended for the film festival circuit and distribution on VOD platforms. Under the New Media contract, SAG-E actors can work under SAG student film, short film, and new media without having to join.

The principal actor must be comfortable with comedy and comedic improv.

For the principal actor role, please also headshot/picture and resumes, links to work you've done, reels, and submit a one minute video telling us a little about yourself. We are going to cast off that since we have limited time.

Posted by TucsonStage.com at 9:15 PM