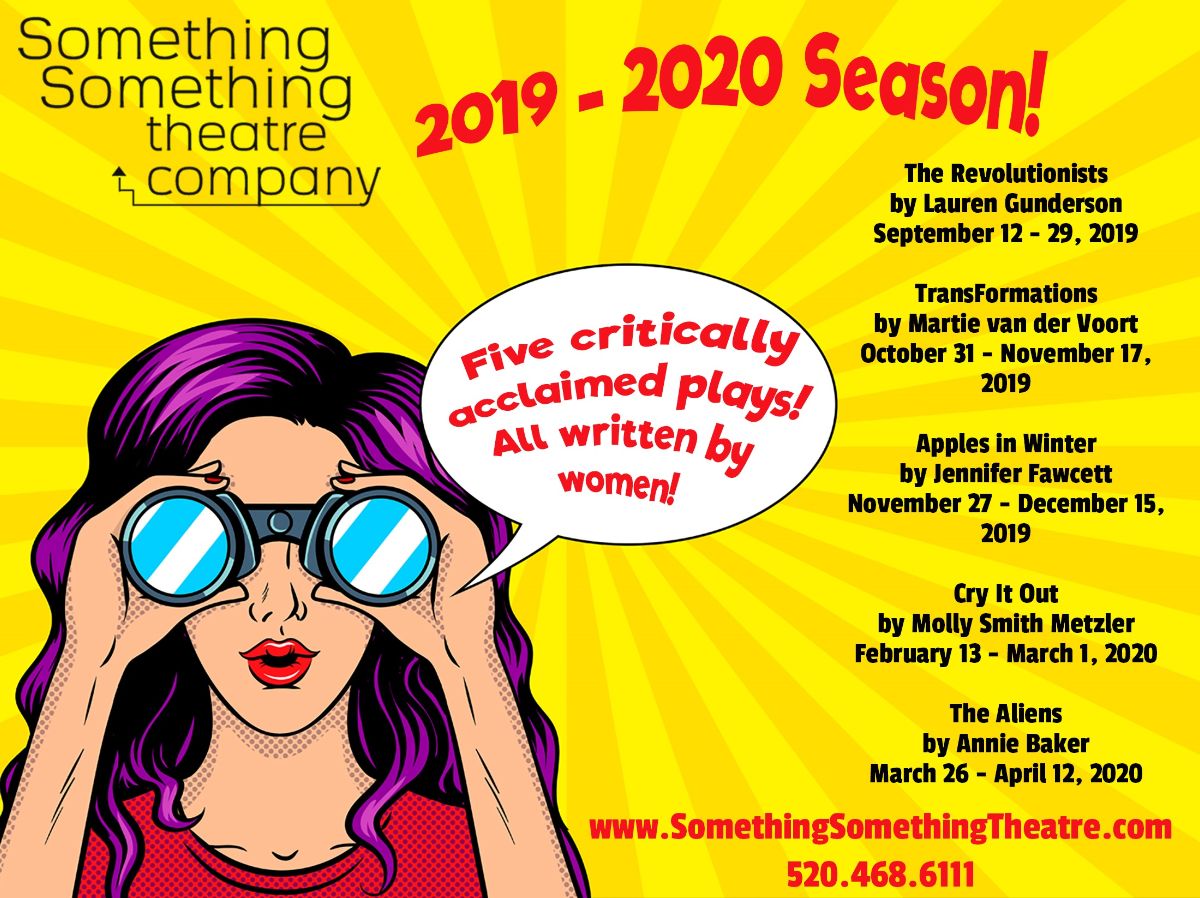 THE REVOLUTIONISTS
Set during the height of the French Revolution, four women –
a playwright, an assassin, a spy and an empress – bond to tell the
story of their turbulent times for future generations. It's a comedy.
Guillotines may be involved.


TRANSFORMATIONS
In her play local actor and playwright van der Voort performs all twelve
transgender characters, their close relatives and significant others at a
group therapy session. TransFormations has been performed to acclaim
in Tucson and in cities around the nation, but this will be its first full run!


APPLES IN WINTER
We are with a woman baking a small pie in a kitchen not her own. The
room is bare and there are no chairs. A knife is attached to the work
table with a wire. This is the story of a mother's deepest love
and most grievous pain.


CRY IT OUT
Metzler's sympathetic yet brutally honest play brings characters to
the stage not normally seen. Three women, diverse in all ways…
except that they have all recently given birth and are coping
with everything which comes with being the main caretaker.
Funny and uniquely insightful, written by a young mother.


THE ALIENS
Dramatists Play Service describes The Aliens so darn well that we're simply forced to run their synopsis here:
"Two angry young men sit behind a Vermont coffee shop and discuss music and Bukowski.  When a lonely high-school student arrives on the scene, they decide to teach him everything they know.  A play with music."

Season and single tickets will go on sale in May.

Posted by TucsonStage.com at 5:54 AM