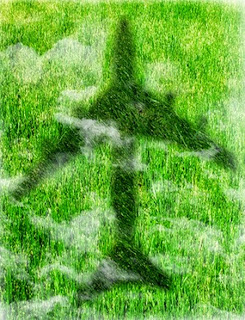 Slowly, the voices on stage begin to accumulate. Their simple words, their ordinary stories, become ordinary lives stacked like cord wood inside United flight 93 which was itself an ordinary passenger flight until Muslim activists armed with box cutters stormed the cockpit and took over the controls.

Toni Press-Coffman's new play, “United,” years in development, creates this feeling onstage in the Cabaret Space at the downtown Temple of Music and Art. Seen on opening night of its world premiere run with a cast of 21, Press-Coffman risks a number of stage innovations to capture the claustrophobic doom in this tragedy without sensationalizing the violence.

Just writing parts for 21 actors will limit the number of companies who can afford a cast that large. And additionally, several of the actors play several roles in a continuous string of vignettes among small groups of the 40 passengers.

There are no main roles. We aren't involved with depictions of the action heroes on board as they tried to take back control of flight 92.

Cleverly, there is one central figure who serves as narrator, Mariah Mills (Lucille Petty). She keeps us informed. Mariah believes her birth father is among the dead.

To find him during the years after 9/11/01, she has investigated the lives of everyone on that flight. As she goes down the list describing her research, scenes depict these people in their little groups on the plane, making small talk the way strangers always do.

“United” is performed without intermission, so we feel the anxiety build as this routine flight turns into confusion spreading on back from the first class section. There is no chance to identify with any specific characters, though some have wrenching stories.

What we get, instead, is the overwhelming sense of loss by making all 40 of these lives feel equally important. Their deaths so senseless.

To keep the insides of the airplane from feeling like static rows of seats, cast members rearrange four sets of airplane seats in different configurations every several minutes.

This is distracting at first, but eventually you get used to it, even as you are waiting for the ending you know will come. Press-Coffman uses this anticipation to her advantage by never mentioning it.

These passengers, most of them frantically making desperate cell phone calls to loved ones in their final minutes, don't know what will happen next. We feel that.

In the end, we are left not with sadness but a strong sense of defiance. We got to know these people onstage and now they are gone. It's a shock to remember 9/11/01 was 13 ½ years ago. The consequences are still unresolved, victory still elusive.

As we walk out of the theater, defiance has turned into determination.

“United” continues through Feb. 22, with performances Fridays and Saturdays at 7:30 p.m., Sundays at 2 p.m., in the Cabaret Space at the Temple of Music and Art, 330 S. Scott Ave. (No performance Saturday, Feb. 21.) Tickets are $22 general admission, with discounts available. For details and information, 520-401-3626, or visit www.windingroadtheater.org

Posted by TucsonStage.com at 5:58 AM