Legendary filmmaker Peter Bogdanovich (Paper Moon, What's Up Doc?) will be the guest of honor at the 4th annual Film Fest Tucson, which runs October 10th through the 12th at the Scottish Rite Temple, the AC Marriott Hotel, and the Fox Theatre.

The acclaimed director/producer/film historian will be presenting two films: the classic Anthony Mann western Winchester '73 (starring James Stewart and Shelley Winters, made right here in Tucson back in 1950) and one of his own masterpieces, The Last Picture Show, the widely-hailed Oscar-winning 1971 drama starring Timothy Bottoms, Jeff Bridges, Cybill Shepherd, and Cloris Leachman.

Another fantastic film to check out at Film Fest Tucson will be Cactus Boy, which was shot entirely in southern AZ and making its world premiere on Saturday, October 12th at 7pm.

Writer/director Chris Brake was sold on the look of Tucson for his project after visiting the Film Tucson booth at the Focus locations trade show in the UK back in December 2018.

The film's sweet story focuses on Winston Prickle, a plant nursery employee whose imaginary childhood friend still visits him as a young man. But after Winston meets a young woman, he begins to question whether he reconcile his past relationship with this new love interest. 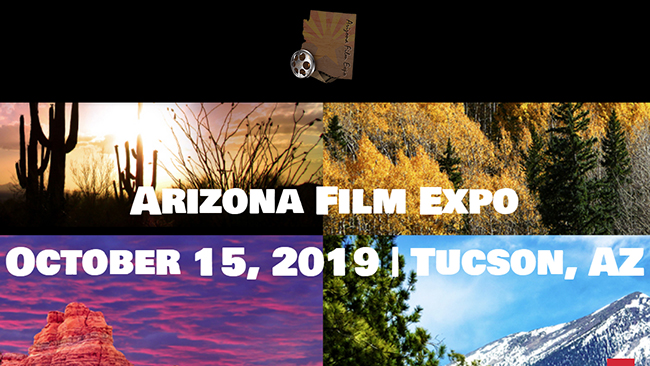 Vendors from across Arizona will convene at the Tucson Convention Center on October 10th for the inaugural Arizona Film Expo which will give local filmmakers and crew a chance to network in a trade show setting while promoting Arizona crew and services to industry professionals from outside our region.

Be sure to visit Film Tucson's booth anytime between 9am to 5pm in the Mohave Room, and you won't want to miss the Arizona Film & Media Hall of Fame Awards ceremony in the Grand Ballroom, with Arizona Film & Digital Media's Matthew Earl Jones as the keynote speaker.

The full schedule can be found on the event's website.

Posted by TucsonStage.com at 4:54 AM