The Carmens Are Coming! 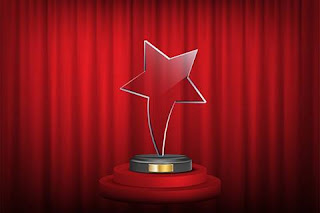 Nominations are open! Visit TamingOfTheReview.com/awards to nominate your favorite actor, director, or theatre creative for the first annual Taming of the Review Carmen Awards. With more than 40 categories and three special awards, we’re celebrating Tucson’s robust local theatre community. Nominations will stay open to everyone through May 2020 and winners will be announced at a ceremony at the end of the 2019/2020 season.

The Carmen Awards are named after Carmen Soto de Vásquez, the founder of the barrio’s Teatro Carmen. Carmen was devoted to presenting dramatic works in Spanish and in 1915 opened the theatre with a production of Cerebro y Corazón by Mexican playwright Teresa Farias de Isassi. It remained a theatre and community arts and entertainment venue until 1926. The original building is still standing in Barrio Viejo.

The Carmens will honor Tucson’s best actors, directors, technicians and designers. We’re looking to celebrate creatives of all genders, races, ages and abilities by de-gendering awards and focusing instead on the variety of production and work that brings a play from page to stage. In addition to celebrating actors and directors, we’re turning the spotlight to stage crews, front of house staff, set, costume, and props designers, and local playwrights.

Make sure the play that moved you to tears, the actor that truly embodied a character, and the theatre that made the story come to life get recognized. There is no maximum number of nominations you can submit, but please only nominate each person or theatre once per production.

Posted by TucsonStage.com at 4:09 AM