"MANDY LANE" NOT FOR LOVERS 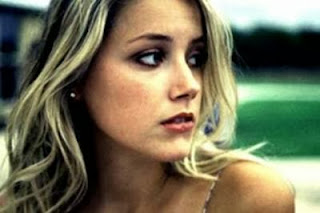 There’s retro horror of a different sort in the recently uncovered “All the Boys Love Mandy Lane” featuring Amber Heard, shot in 2006 and kept wrapped in studio legalese and red tape for years.

Now playing at the Loft Cinema, 3233 E. Speedway Blvd., the picture was first snatched up by Weinstein at the Toronto Film Festival in ‘06 then held captive in studio release limbo while director Jonathan Levin found success with his later films “The Wackness,” “50/50” and “Warm Bodies.”

Not a monumental body of work, but still…

Sweet ingénue Heard is currently looking a bit older, but still wading into murderous situations in the currently playing “Machete Kills.” Is she a future scream queen in the making?

We hope not, though we all know the pursuit of a career in the movies is fraught with its own danger.

“Mandy Lane” is in the traditional kill-all-the-teens-at-an-isolated-cabin format, but retro in the sense of having older fashion cues from pop culture’s rapidly changing icons (Paris Hilton anyone?) and having a feminist twist at the end.

The movie begins sweetly enough with Mandy a steamy virgin entering her sophomore year as the “new” girl all the senior jocks want to hit on. Mandy prefers the company of geeky Emmet (Michael Welch), the sensitive boy who doesn’t keep trying to undress her.

But at the first party scene, we learn Emmet has a sneakier, grittier side when he manages to make the most obnoxious jock at the party look even more stupid.

Leap ahead to the next summer, when Mandy is still a virgin and the competition for her favors is feverish. Emmet has been forgotten as Mandy has become one of the cool kids.

One boy’s father owns a ranch where the boy (Aaron Himelstein) plots to have a small party with two other guys plus Mandy and two of her friends.

Being a ranch, there are more opportunities for gruesome violence with farm implements in outdoor settings. Plus the usual skinny dipping scenes and moonlight romps.

The X-factor in all this is the ranch’s foreman -- handsome, muscular and resourceful Garth (Anson Mount). He’s the silent type, and adult enough to know what’s up between Mandy and these boys in heat.

Levin the director keeps the tension up and the timing right for a nice blend of sexy and scary moments. At times the dialogue and cinematography promise a more intellectual spin on this teen fairy tale setting. But the movie never delivers as much as it promises.

Still, if you haven’t seen 500,000 of these movies yet, “All the Boys Love Mandy Lane” is sturdy enough to be worth a date night. And for the ladies, there is that feminist twist at the end.

Posted by TucsonStage.com at 3:52 PM