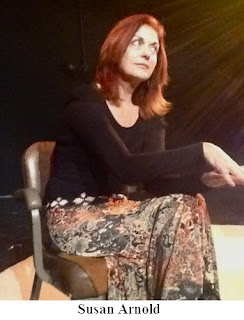 In the history of war, it was considered a turning point when it became possible to kill soldiers without seeing them. There were no consequences, no responsibilities, if you destroyed whole families while carpet bombing entire cities. If you couldn’t see them, you didn’t care 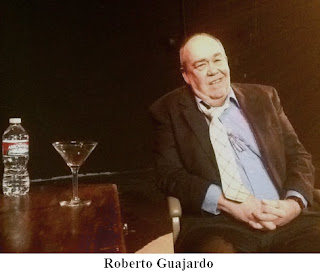 In the business world, there is a similar lack of responsibility among the corporate bosses of international corporations. If some company processes food with chemicals of unknown origin and then sells that food in other countries, who cares if the food makes people sick in those other countries?

What’s most important, from a business standpoint, is to keep selling them more food. After all, it is a completely legal business transaction.

Jon Robin Baitz is a playwright who worries about this kind of moral responsibility. His play “Three Hotels” is a densely written set of three stream-of-consciousness monologues describing two people grappling with their own tormented feelings on this subject.

Fearlessly, Beowulf Alley Theatre Company has dived into this complicated language to present its own production of “Three Hotels” with Michael Fenlason directing Susan Arnold and Roberto Guajardo as a married couple ripped apart by the cold unconcern of international corporations.

Baitz as playwright has given executive Ken Hoyle (Guajardo) and his concerned wife Barbara (Arnold) more to worry about than just business – their marriage, for one thing.

The structure of the play has Ken at his hotel room in Tangiers delivering his first monologue as a reluctant hatchet man, getting ready to prune the dead wood from the company’s office there.

Then we hear from Barbara in her room at a Caribbean resort, ruminating on the idealistic speech she just gave to the company’s incoming wives of new staffers. She remembers back to a much different time when she and Ken were once true believers serving in the Peace Corps.

But they were seduced from that harsh life to join other American expatriates with nice jobs working in the international corporate community. Once started down that slippery slope, their lives and their marriage collapsed.

Which is what we learn in the third monologue, delivered by Ken while sitting a bit dazed in a Oaxaca hotel room on Mexico’s Day of the Dead.

The symbolism is heavy and so is his heart.
Their marriage is gone, their only son has died much too young, and their energetic hope for a fulfilling life together has turned sour. Would a reconnection recharge their sense of purpose?

On paper, all of this sounds rich with artistic possibility. But on stage these two excellent actors seem oddly drawn in. Their thoughts have a monochromatic tone so that many potentially colorful phrases, such as describing a person as “that corporate Iago,” slip by barely noticed.

There is a substantial amount of meat in this play. In 1991 its off-Broadway run was nominated for a Drama Desk Award for Outstanding New Play. It has become a popular choice for regional theaters. The concern that business has lost its moral compass is certainly timely.

Trust betrayed and hope for redemption become internalized emotions that can barely be expressed. Perhaps the idea is to convey heavy depression, or helplessness made so inert it becomes suicide with a heartbeat.

But for downtown Beowulf Alley audiences, drawing sustenance from the monologues won’t not easy. For those who put in the effort, however, Baitz does find a sense of redemption in noting that American determination to be successful will always trump a cynical attitude, no matter how international.

Posted by TucsonStage.com at 9:26 AM